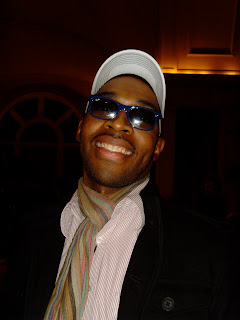 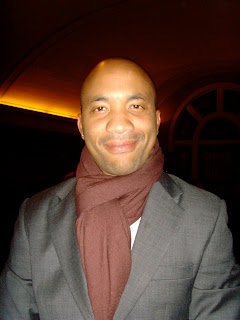 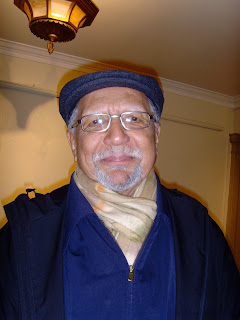 Legendary jazz saxophonist and flautist, Charles Lloyd returned to Seattle on December 6th for an incredible concert at Town Hall with Jason Moran, piano, Reuben Rogers, bass and Eric Harland, drums. This Earshot sponsored event was one of the highlight jazz concerts of the year and a fitting, celebratory punctuation to bring 2009 to a close.

Now 71, Lloyd has been on a spiritual quest his whole life, both personally and through his music. He semi-retired temporarily from his musical career in the 1970’s and spent his time teaching meditation. He has said: “For me, the purpose of life is to know God and the struggle of spiritual life will go on as long as I have breath. The pursuit and the music are one.” Another moving quote from Lloyd: “Music is a healing force. It has the ability to transcend boundaries, it can touch the heart directly, it can speak to a depth of the spirit where no words are needed. It is a most powerful form of communication and expression of beauty.” The beauty of his spirit shines through his lyrical, graceful, reverent, sensitive playing. His connection to spirit was also reflected on the evening of his concert in the lovely, soft touches of fresh, white and red flowers on the stage.

Lloyd has chosen the perfect musicians to compliment his musical vision, all accomplished, versatile and innovative in their approaches to their individual instruments. The four together produced so much musical excitement that I could barely stay in my seat, wishing instead to leap up and move to the infectious rhythms and beautiful spirit and sensuality of the music.

Lloyd started out the evening by telling us an interesting story of a Roma musician in Budapest, Hungary, who played a taragato, a folk variant of the clarinet, and had Lloyd rolling on the floor in its spell. Lloyd really wanted on to play, but, being a national instrument of Hungary, none were let out of the country. Some time after, some Roma people came to his home and presented him with one. Lloyd played the red colored taragato in his concert and it sounded like a cross between a clarinet and a more Middle Eastern or Indian instrument, and kind of like a snake charmer’s hypnotic horn. Lloyd picked up his tenor sax and spent the rest of the evening serenading the audience with his distinctive, expressive, religious, dusky, free, stream of consciousness horn playing. Strains of “Let My People Go” melted into pure improvisations by the four musicians.

Lloyd and the group moved from Eastern influenced music into abstract improvisations, into sweet, swaying, dreamy, reflective melodies, into Caribbean flavored, cheerful, energetic, toe-tapping music. Drummer, Eric Harland created complex and distinctive percussion landscapes as a strong foundation throughout the evening. Moran created many colors and moods on piano and Rogers provided a deep, soulful, fluid undercurrent on bass. The audience members were on their feet at the end of their one, long set and brought the group back for several encores, including a profound recitation by Lloyd of poetic words he attributed to Sri Krishna about the renunciation of the material world and all its encumbrances, towards finding pure freedom and illumination in spirit and becoming a “seer”, free from fear and anger and stilling the senses. The quartet also played Lloyd’s well loved, lyrical, “Forest Flower” as an encore.

Lloyd is one of a kind and a delightful human being. His music is transcendent. I really admire his commitment to finding and expressing himself in his highest purpose. In the meantime, we, the audience, have the privilege of finding great inspiration and spiritual connection through listening to the music of Charles Lloyd.

Seattle’s Earshot Jazz will have the proud distinction of being presented with the ASCAP/Chamber Music America award for “Adventurous Programming”, in January 2010, at the annual national CMA Conference in New York City.

The next Earshot event will be the annual concert of Duke Ellington’s Sacred Music, on Saturday, December 26th at Town Hall, featuring the Seattle Repertory Jazz Orchestra, the Northwest Chamber Chorus and vocalist, Everett Greene. For more information on this concert and other up-coming Earshot events visit: www.earshotjazz.com.

Posted by www.artsandculturescene.com at 11:49 AM