The idea of a night of improvised music duets is a great concept and in the case of this year’s concert at the Undead Festival, very successful and creative.  Having only a five- minute period to connect with another musician in an improvisation heightens the level of concentrated listening, openness and immediacy between the two musicians.
Guitarist, Nels Cline, opened with a thoughtful, five-minute, rock flavored, solo on electric guitar, then joined in a complimentary pairing with electronic musician, Daedelus, moving more further, organically, into a dreamy, spacious, atmospheric electronic direction. Jazz trumpeter, Dave Douglas, then joined Daedelus, transitioning from the atmospheric into a jazz tinged abstract duet and then Douglas moved into a more high energy, complex and rhythmical jazz conversation, when joined by drummer, Shigato.  Shigato was then joined on vocals and keyboard by Amp Fiddler, the two transitioning into a funk mode. Pianist, Marco Benevento, joined Amp Fiddler and the music moved into a playful blues oriented abstraction. Benevento was then joined by saxophonist, James Carter and the musical duet became a cacophonic,  intense jazz interaction.  Vocalist, Petra Haden joined Carter and the mood shifted into a duet conversation that was softer and more reflective, with haunting vocals. Jherek Bischoff, joined Haden on ukulele, and the musical interaction became more lively, rhythmical and bright. Bischoff picked up an electric guitar in his duet with tenor saxophonist, David Murray and the musicians moved into a more intense, out, atmospheric direction again. Drummer, Terri Lyne Carrington, joined Murray and the two conversed in a jazz interaction, which was dynamic, with richly layered drumming by Carrington. The duet continued, this time with Marc Ribot, on electric guitar, joining Carrington and the music turned to an epic, demonstrative rock, with a strong beat. Ribot then was joined by pianist, Allen Toussaint, who led Ribot into a more delicate, melodic direction. We then had the delightful privilege of hearing an extended solo by Allen Toussaint, who played alone while waiting for his next duet partner, vocalist, Jamie Liddell to work out some glitches with his electronic equipment.  This was the most musically straight ahead part of the evening as Toussaint played bits of familiar standards in a medley, including “Tipitina” and “Georgia” and treated us to some Stride piano. Once Lidell got his equipment on track, he and Toussaint played more abstractly with great vocal effects by Lidell. Karsh Kale joined Lidell on tablas, a good pairing between the timbres of Indian tablas and singing with vocal effects. Kale then played with guitarist Kaki King, in what I felt was one of the most empathic duets of the evening. King and trumpeter, Wadada Leo Smith. were the final duet partners, and headed in a bluesy direction. Smith, with his trumpet muted, closed out on a five-minute solo, bringing the evening to a close with an expansive, pensive solo. All the musicians (except Toussaint) then came out for an energy filled encore together that was a real treat, musicians weaving through group playing. It was a nice large ensemble contrast to the duet evening. 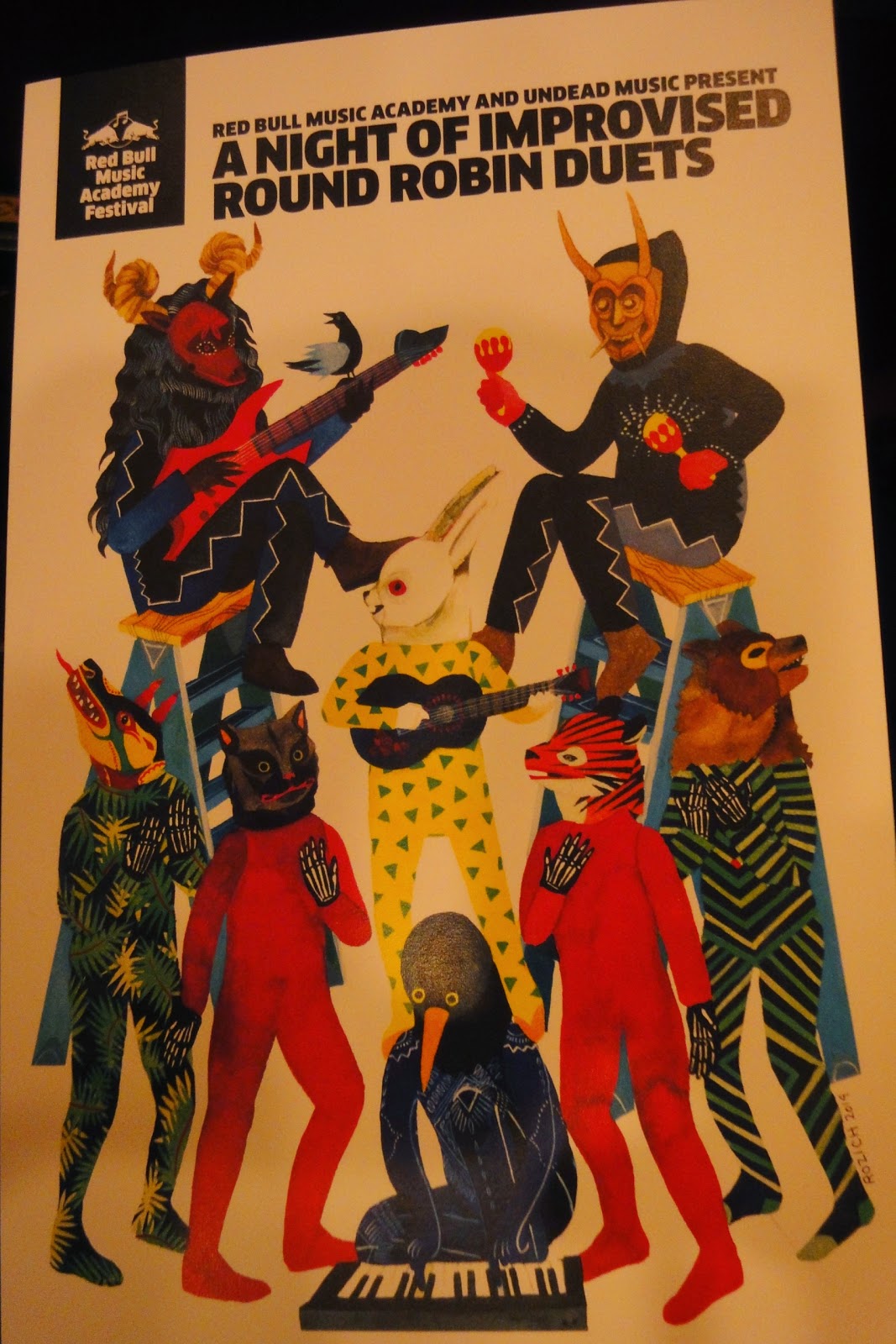 Posted by www.artsandculturescene.com at 7:57 PM