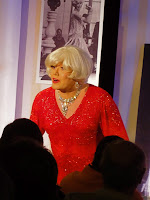 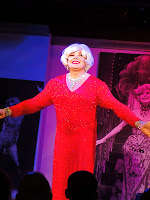 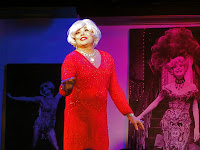 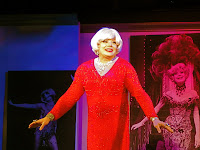 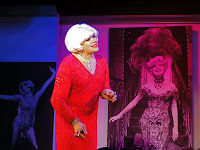 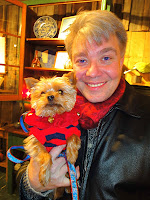 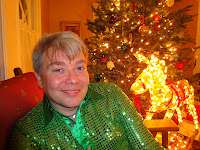 Richard Skipper is a bright, smart, quick-witted musical theatre actor and cabaret performer, with terrific comic timing. He is an “old school” artist in that he embodies qualities more commonly found and appreciated in earlier days of American theatre: a distinctive, individual, larger than life stage persona, a passion for entertaining and a warm generosity of heart and spirit reminiscent of Charles Dickens’ jovial, sparkly Ghost of Christmas Present from A Christmas Carol. (And, like musical theatre performers of the past, he has a powerful, expressive singing voice that can fill a theatre without having to use a microphone to be heard beyond the third row!)

Carol Channing and Skipper are cut from the same theatrical cloth. They celebrate their birthdays in the same month, February. They even look a little bit alike, with similar facial characteristics. Channing, who just turned 90, in 2011, is also a one of a kind, larger than life personality, with a highly unique singing/speaking voice, who gives all her love, one hundred percent, to her audiences, with a giddy charm, an effervescent, joyful, all encompassing embrace and keen, brilliant sense of humor that has endeared her to many as an icon of American musical theatre.

Richard Skipper has a special affinity and respect for Channing and his loving tribute performances to her, which he has cultivated for more than fifteen years, demonstrates that affinity and respect. (It is important to note that Skipper’s show is in no way a satirical, female impersonation, “drag” show). Channing endorses his portrayal of her and acknowledges his sincere and accurate homage and they have become personal friends. Skipper is totally entertaining and his spontaneous, confident comic banter with audience members will have you falling out of your chair with laughter! He has the uncanny ability to be playful with the audience in a way that can be a bit of a tongue- in- cheek “roast” sometimes, but is always good natured, as Channing would be, having fun, but never making people feel embarrassed or uncomfortable. That is an art in itself.

Skipper performs well- known Channing songs, with a live trio of piano, bass and drums, dressed in a stunning, red sequined covered dress. His fingers are bejeweled with large, fake diamond rings and he wears a perfect, blond, Carol Channing wig, with a backdrop of large photos of Channing, from throughout her career. Songs include Hello Dolly and Diamonds Are A Girl's Best Friend, during which Skipper flamboyantly throws his fake diamond rings out to the audience. Another tune Widow’s Weeds, which I was unfamiliar with before seeing Skipper’s show, is a composition by Ervin Drake, now 91, who has written some of the great popular songs of the 20th century American Songbook including It Was A Very Good Year and Good Morning Heartache.

I would love to see Richard Skipper performing more in his male persona as well and think he’d be well suited for a lead male role in a rollicking musical comedy on Broadway.

Posted by www.artsandculturescene.com at 10:48 PM