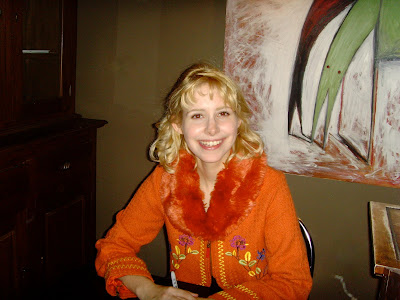 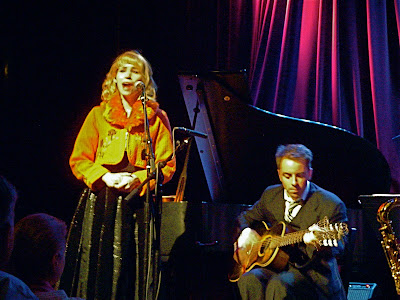 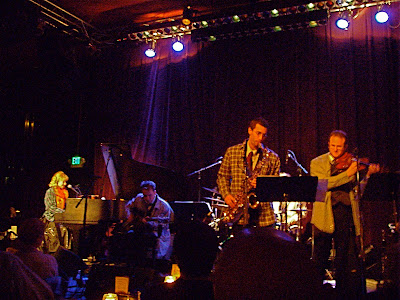 Nellie McKay is a natural to be doing a Doris Day tribute. She has the classic, bright, sunny disposition, optimistic spirit, lovely and expressive voice and beautiful, beaming smile reminiscent of Doris Day and also like Ms. Day, she is a dedicated animal rights advocate.

McKay has chosen some of the less familiar songs from Doris Day’s repertoire for her CD dedication and performed such great songs as “Close Your eyes”, (arranged by jazz composer/musician, Bob Dorough), “Crazy Rhythm”, “Dig It” from Day’s film, Second Chorus, with Fred Astaire and Burgess Meredith, “ I Want to be Happy”, “Take Me Back to the Black Hills”,” Do Do Do” from Tea for Two, with Gordon MacRae, “Sentimental Journey”, “Meditation” accompanying herself just on ukulele and a song of Ella Fitzgerald’s “A Tisket a Tasket” in honor of the fact that Fitzgerald has been one of Doris Day’s idols.

The best part of McKay’s performance for me however is when she sang her own wonderful, smart, funny, witty songs and interacted with her musicians and talked to the audience about her pets. Nellie McKay is a natural comedienne, with a wry but also childlike sense of humor and imagination. She told the audience about the two cats and three dogs she and her mom have between them and gave them each voices saying funny things. Her cats are Osama and Emerald, who has a snaggle tooth and due to being weaned too soon, regularly suckles on her own paw. She has three dogs. One is a Dingo, Charro, who has a Spanish accent and there are two pit bulls, Bessie and Hank, whose pictures are on her Doris Day Tribute CD cover. Not only is she an animal rights activist but she is also a brilliant political and social satirist and sometimes very tongue in cheek about it. She is a feminist and her song on Feminism, “Mother of Pearl”, performed again with her ukulele, is a scathing comment on the oppression of women. She also performed her lively “The Dog Song” and her funny “Zombie”.

She surprised us by donning plaid flannel shirts with her band and performed an homage to grunge music and Nirvana, making believe she was Courtney Love nagging Kurt Cobain to clean up the house. In another “skit” her band presented her with an award, which was a bag of potato chips, and then, suddenly, her road manager jumped up on stage and re-enacted the Kanye West/ Taylor Swift fiasco from the MTV Awards ceremony earlier this fall. The two of them then proceeded to do a funny rap back and forth. McKay can be wonderfully silly! This was the final night of McKay’s tour with the Aristocrats and they were having an especially all out, fun time together for the occasion.

Note added on January 22, 2010- Nellie McKay will appear on the American Songbook series in the Allen Room at Jazz at Lincoln Center, New York City, February 18, 2010. She will next appear in Seattle on April 3, 2010 at the Paramount Theater.

Posted by www.artsandculturescene.com at 9:30 AM