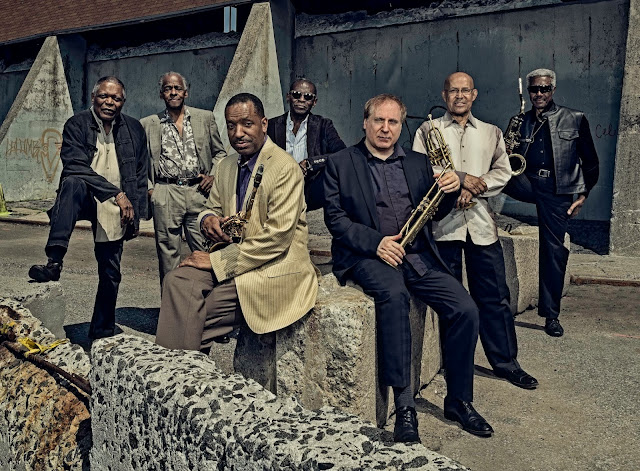 Photo courtesy of The Cookers

For jazz lovers who revel in deep listening and the thrill and excitement of hearing gorgeous collaborations played by seasoned musicians who embody, through collective decades of experience, the great, historic influences of mid-20th and 21st century jazz, then you must not miss The Cookers live.

If you have children who love jazz and are learning to play or sing, bring them to hear these wonderful musicians for a rare opportunity to experience an impressive and fabulous advanced tutorial on the music that will be highly inspiring. Minors are allowed at the Jazz Alley for this early evening set.

Pianist and composer, George Cables, is well-known to Seattle and Western Washington audiences for his numerous performances in Seattle and years of teaching students and performing at the Port Townsend Jazz Festival. He has played with a range of historic jazz greats including Sonny Rollins, Sarah Vaughn, Dexter Gordon, Freddie Hubbard, Roy Haynes, Joe Henderson, Bobby Hutcherson, Dizzy Gillespie and Art Blakey. Cables leads his own trio, works with other ensembles and is a clinician in college jazz programs.

Tenor saxophonist and composer, Billy Harper, leads his own quintet, teaches and lectures at universities, is an alumnus of Art Blakey and the Jazz Messengers and has played with Gil Evans, Max Roach, Thad Jones, Mel Lewis, Lee Morgan and other jazz leaders.

Trumpeter, composer and arranger, David Weiss, has played with Freddie Hubbard, Charles Tolliver, Geri Allen, James Moody, Muhal Richard Abrams, Louis Hayes, Frank Foster, Jimmy Heath and others. He founded the New Jazz Composers Octet and leads several of his own ensembles. The Cookers was one of his special projects and he solidified the band's personnel in 2007 into the powerhouse working group that it is today. Weiss does the rearranging for the band's repertoire of original compositions by Cables, Harper and McBee.

New Orlean's alto saxophonist and composer, Donald Harrison, has played with Lena Horne, Miles Davis, Dr. John, McCoy Tyner, Eddie Palmieri, Dr. Lonnie Smith, Billy Cobham, The Chicago Symphony Orchestra and many others. He co-wrote the soundtrack for the feature film, "Rachel's Getting Married", in which he played himself, was featured in Spike Lee's HBO documentary about Hurricane Katrina "When the Levees Broke" and aspects of his life and music are chronicled in the HBO series "Treme", for which he was a character consultant and appeared as himself in eleven episodes. Harrison teaches at the college level and is the founder of the New Jazz School for students thirteen to eighteen and is co-founder and artistic director of  Tipitina's Intern Program, which is a college preparatory and professional music training program for junior and senior high school students, both in New Orleans. Harrison has won numerous, international music awards, from France, Japan, Switzerland and in the U.S.

Here is a video of a live streamed performance by The Cookers, at Dizzy's Club Coca Cola, NYC,  Jazz Live at Lincoln Center.
https://www.youtube.com/watch?v=6pohNagO_jQ&list=RD6pohNagO_jQ&start_radio=1&t=2320

Posted by www.artsandculturescene.com at 12:29 AM No comments:

Although it is called a Vegetarian food festival, it has become primarily a Vegan festival, reflecting the changes in the times and people's diets, just in the nine short years since its beginnings, as many Vegetarians and others have moved towards completely removing all animal products from their diets, including dairy and eggs.

There will be a Keynote speakers' stage, a chef demonstration stage and a "Mind/Body Zone", where attendees can take Yoga, Pilates and Meditation classes.

Don't miss Dr Gabriel Cousens, who will be speaking twice on Sunday, May 19, on "Holistic Veganism" and "Shakitpat Meditation".  Dr. Cousens is a wise, thorough and engaging speaker with over forty five years of working in physical, mental and spiritual healing. He is the author of thirteen books on health, healing and spirit and is a Columbia University trained medical doctor, practicing holistically, including extensive training and practice in homeopathy, Aryuveda, acupunture, meditation and is a psychiatrist, family therapist and an ordained Rabbi. Dr. Cousens is a Renaissance Man in the field of healing. He has successfully helped many people cure themselves of type two Diabetes and other diseases at his retreat center "Tree of Life" in Patagonia, Arizona, in the past, and now, in his next phase, dedicated to working one and one with private clients from around the world.

There are numerous, experienced and eclectic Vegan speakers and chefs participating.
Go to https://www.nycvegfoodfest.com to see a complete list of speakers, panels, subject matter, chefs and exhibitors for this very popular, annual, two day festival.
Posted by www.artsandculturescene.com at 11:30 AM No comments:


The Fridge Art Fair New York 2019 returns to the Nu Hotel, 85 Smith Street, Brooklyn New York, April 30th through May 5th, 2019. Visit www.fridgeartfair.com for details.This year's theme is "Fridge does Frida", in honor of the Frida Kahlo exhibit running concurrently at the Brooklyn Art Museum. The Fridge was founded by painter, Eric Ginsburg, who produces it each year in Miami and New York City. Over thirty five independent artists will display their work, in all mediums, in the Nu Hotel lobby and other areas of the building. This is a fun, funky and casual art fair where one can just sit down, have something to eat or drink in the lobby bar and just enjoy hanging out and being surrounded by colorful and lively art and conversation. The "Fridge", "TEFAF", "Other", "Moniker", "Superfine!" and "Frieze" Art Fairs all take place during this first week of May, 2019 in New York City. Photos from last year's Fridge Art Fair NYC, 2018 at the Nu Hotel, Brooklyn, follow below. 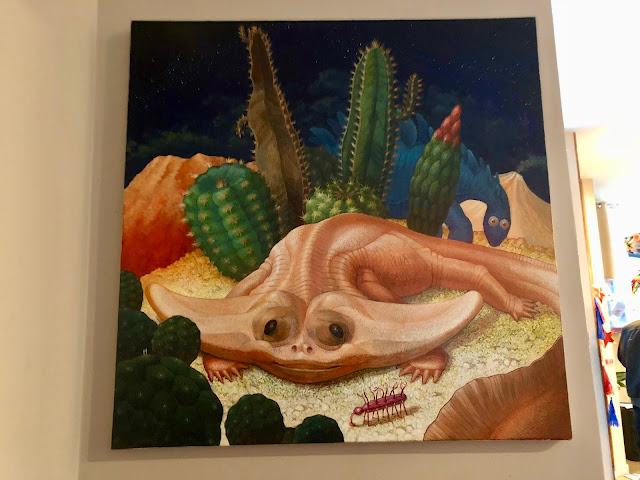 Posted by www.artsandculturescene.com at 12:26 AM No comments:

Twelve world music groups will take to three stages at the Copacabana in New York City, on January 6th, 2019, for the annual globalFEST, showcasing and celebrating the variety, diversity, excitement and joy of musical performances from around the globe.
Many of the groups chosen this year sound exciting. I am especially interested in hearing the following acts.